Near the intersection of Robertson St. and Morse St.

Tuesday, 6:30 PM, Denton County Transit Authority is holding a public hearing regarding the A-Train, the commuter rail line that is coming to Denton next year! The A-Train will connect DART Rail in Carrollton to Lewisville and Denton, and it will follow the path of the Rail Trail.

For those that don’t know, the Rail Trail is a walking and cycling path converted from an old railroad line that connects downtown Denton (4 blocks from the Square, 2 blocks from Dan’s, and 1 block from Rubbergloves Rehearsal Studio) with the shopping centers on Loop 288 (Target, Best Buy, Kroger, etc.) and continues on to Corinth, passing NCTC’s campus and running to Swisher Road. It is a scenic route that runs through wooded areas on the south side of Denton and Corinth.

Just think, in 2010 you’ll be able to cycle to the train station a few blocks off the Square and catch a train to downtown Dallas, Lower Greenville, the Arts District, or the Airport. Students will be able to get from UNT Denton to UNT Dallas without driving and catch up on some studying on the way.

Come out and learn more about the DCTA and the A Train, and what the impact to the Rail Trail will be. Be sure to bring your questions about the commuter rail and the cycling path. 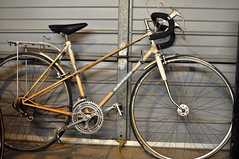 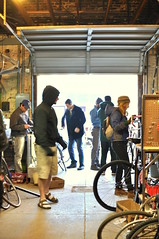 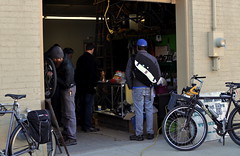